You Are Here: Home > > Getting Insurance for Civil Money Penalties

Getting Insurance for Civil Money Penalties For 20 years, banks have been buying insurance that covers civil money penalties (CMP) levied against directors and officers, the fines regulators sometimes impose on individuals and institutions for alleged wrongdoing. Commonly, this coverage is offered under the bank’s directors and officers (D&O) liability policy with a sub-limit of $100,000 per individual with a $1 million total limit and no deductible. Interestingly enough, the entire time this coverage was being offered, Part 359 of the FDIC Act has been in effect, stating that these penalties can’t be insured or indemnified by the bank. Then, in October of 2013, the Federal Deposit Insurance Corp.’s FDIC letter FIL-47-2013, made it explicitly clear that the bank can’t insure or indemnify civil money penalties on the bank’s D&O policy, leaving every bank director and officer exposed. This letter was sent by the FDIC to all institutions with total assets of less than $1 billion.

Insurance Reaction
The D&O insurance carriers came up with a solution at the time. They reiterated that the CMP endorsement was applicable to state and regulatory laws and that they would be happy to remove the endorsement at the request of the insured. Simply removing the CMP endorsement does accomplish two goals:

Considering that the median CMP assessed against an individual D&O within the past 18 months was $25,000, there still was a demand for another option. Many carriers were willing to create a new CMP endorsement. The endorsement was similar to the original in that it continued to offer $100,000 of protection for each insured person with a $1 million aggregate for the entire board. The endorsement would specifically state that coverage was afforded for defense costs, but not for the penalty itself and it was available with either a $0 deductible or a very low deducible amount. The benefits of this type of endorsement is that it is in compliance with the FDIC letter since it specifically states that the penalty is not covered and it offers coverage after a very low deductible amount. The downside of this endorsement versus having no endorsement on your D&O policy is that there are lower limits for the CMP coverage ($100,000 per individual versus the full policy limits). Most banks I work with recognize that CMPs are much more likely to get resolved at a low dollar amount and thus they prefer the lower deductible/lower limit option. However, regardless the option, there was still a void of coverage for the actual penalty itself; that is until recently.

New Coverage Available
AHT and Lloyds of London recently began offering a third option: a separate policy that does cover CMP. What distinguishes this policy is that it is bought and paid for by the director or officer wishing to get insurance to cover his or her personal liability, not the bank. This new policy is structured as follows:

The application must be completed by the individual. Coverage would not be in place until the premium is paid (by the individual) after which a policy will be issued to either the individual’s home address or personal e-mail address. Here is a sample of the policy wording. So bank officers and directors do have options now if they want some kind of coverage for civil money penalties. The liability of serving on a bank board these days is significant, and it pays to research your options. 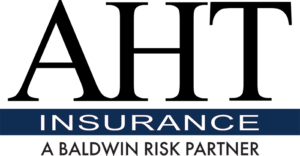