You Are Here: Home > > Civil Money Penalties: Figuring Out How Your D&O Policy Responds

Civil Money Penalties: Figuring Out How Your D&O Policy Responds 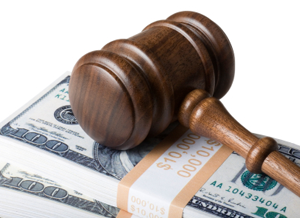 First, the FDIC recommends that every director and officer is fully versed in the terms, conditions and exclusions of the D&O policy that is put into place for the bank. It also states that the individuals should be aware of any negative language changes from previous years’ D&O renewal. Second, the FDIC goes on to clearly and specifically prohibit any bank from including, as part of the D&O policy, any coverage grants that would be used to pay or reimburse for any civil money penalties (CMP). This explicit language on such a global scale is new and we are now recommending that banks do not include any CMP endorsements that specifically offer coverage or indemnification for civil money penalties or judgments. With that said, we have reviewed the entire statute, and it states that insurance can be used to cover expenses. It specifically says that insurance “…may pay any legal or professional expenses incurred in connection with such proceeding or action.” This is also consistent with our discussion with an FDIC representative. So we continue to recommend some type of affirmative coverage grant for defense costs associated with a CMP action, understanding that the coverage will not indemnify for the actual penalty or judgment.

For the past 20 years, directors and officers (D&O) underwriters have been offering civil money penalty endorsements to the D&O policies of their banking clients. This endorsement traditionally provides coverage for claims arising from civil money penalties against an insured person (director or officer) by a bank regulatory agency. Typically, it is offered with a sub-limit of $100,000 per insured person with a $1 million aggregate limit.

Interestingly enough, the entire time this coverage was being offered, since 1996, Part 359 of the FDIC (Federal Deposit Insurance Corp.) Act has been in effect. This statute basically states that the bank cannot purchase an insurance policy that would be used to pay a director or officer for the cost of any judgment or civil money penalty and that the individual cannot be indemnified by the bank for payment of such penalty or judgment.

The way some banks have addressed this was to charge each director and/or officer some small amount correlating to the cost of this coverage. This would allow the bank to show documentation that the individual paid for this coverage and thus the FDIC would not object.

This is how it progressed until the summer of 2011, when the FDIC issued citations against several banks in Louisiana stating that the civil money penalty endorsement on the D&O policy violated FDIC section 359. So it was the actual endorsement which was intended to protect the directors and officers for civil money penalties that caused the citations.

Impact on the Market

To get a real sense of the level of uncertainty, all you need do is look how the different insurance carriers are handling civil money penalty (CMP) coverage. Some carriers will no longer offer the CMP endorsement. Some offer an endorsement that pays for expenses (such as legal fees) but not the actual penalty and others are offering the same coverage grant they have been for the past 20 years, which is intended to cover the actual penalty and the associated expenses. Brokers are advising their banking clients to have the individual directors and officers pay their pro-rated cost for the endorsement. The cancelled personal checks should be saved as proof of personal payment.

The next logical question is how much is the allocated cost for the endorsement? This is a key piece of information for the CFO/risk manager so that he or she knows what to charge the directors and officers. Some carriers are unable to provide a cost, stating that it would violate their rating plans with the states. Other carriers are willing to provide an estimate, with an understanding that there would not be a reduction to their policy premium if the bank wanted to remove this coverage. As I talk with the underwriting community, I see costs for the CMP endorsement range from as low as $25 per director, to as high as $100 per director per year.

As far as alternative options, there was an initial thought that some carriers would create a standalone civil money penalty policy that can be purchased by the individuals looking for this coverage. In order for this solution to become reality, the carriers would have to go through the arduous process of getting it approved by the states and charge a price that is significantly higher than what the directors are paying now, which would limit the opportunity. Another interesting note is that since the initial citations began roughly 18 months ago, I have not seen any more circumstances where the FDIC issued fines relating to this coverage grants.

This article has been modified from an earlier version.