Most banks face challenges to find, incentivize and retain their best employees in an increasing competitive market for talent. Often, smaller banks and banks structured as Subchapter S corporations have the added challenge of providing liquidity for their shareholders and founders. An employee stock ownership plan can be an excellent tool for addressing those issues.

An ESOP creates a buyer for the bank’s stock, generating liquidity for shareholders of private or thinly traded banks and providing market support for publicly traded ones. An ESOP’s buying activity can reduce shares outstanding and increase a bank’s earnings per share. It can also increase employee benefits and gives them a sense of ownership that can improve recruitment, retention and performance.

ESOPs are an excellent employee benefit and a recruitment, retention and performance tool. ESOPs do not pay taxes on an annual basis, so taxes are deferred while the stock remains in a plan. When the employee retires or takes a distribution from the plan, the value of the distribution is taxed as ordinary income. Employees also have the ability to roll over the distribution to an individual retirement account.

Employees at companies that offer an ESOP have, on average, 2.6 times more in retirement assets than employees working at companies that do not have an ESOP, according to the National Center for Employee Ownership. Additionally, companies with broad-based stock option plans experienced an increase in productivity of 20 percent to 33 percent above comparable firms after plans were implemented. Medium-sized companies saw gains at the higher end of the scale. Employee ownership is also associated with higher rates of employee retention. According to a survey by the Rutgers University’s NJ/NY Center for Employee Ownership, workers at employee-owned companies are less likely to look for other jobs and more likely to take action when co-workers are not working well.

There are a couple of different ways that banks can establish ESOPs. The simplest and most efficient is called a non-leveraged ESOP, where the bank or holding company makes a tax-deductible cash contribution. The contribution can be in stock or cash and is recorded as compensation expense. If the bank contributes cash, those funds can be used to purchase stock directly from shareholders and create liquidity and demand in the stock. However, it can take years for a non-leveraged ESOP to accumulate a significant enough position to make a meaningful difference to a bank.

The other method, called a leveraged ESOP, uses a bank’s holding company to lend money directly to the ownership plan. The holding company is required because banks are not permitted to lend directly to the ESOP or guarantee a loan made to the ESOP. The holding company can use cash on its balance sheet, borrow it from a third-party lender or guarantee a third-party loan made directly to the ESOP. The ESOP uses the funds to purchase a large block of non-issued shares from the holding company or directly from shareholders. Although leveraged ESOPs have higher costs and complexity, they can make an immediate, meaningful difference in liquidity and employee benefits. This approach also has the benefit of increasing earnings per share upfront, since the shares underlying the ESOP loan to make the purchase are not considered outstanding. However, the repurchased shares negatively impact tangible common equity and tangible book value. Mark Russell is a senior managing director of Griffin Financial Group and the head of the finance group for SES ESOP Strategies, Griffin’s affiliated ESOP consulting practice. Mark helps companies determine the feasibility of an ESOP and whether an ESOP is the appropriate vehicle for the relevant stakeholders. You can reach Mark at mbr@griffinfingroup.com or 817-566-1013. 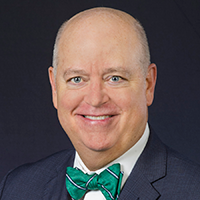 John M. Gosser, Sr. is a director at Griffin Financial Group LLC. He has over 30 years of community banking experience and has advised boards, ALCO and executive teams for hundreds of community banks resulting in improved balance sheets and increased earnings. He is a member of the Financial Managers Association and holds Series 7 and 63 licenses from FINRA.